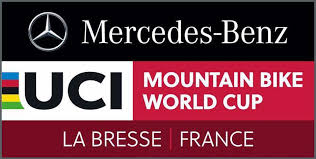 END_OF_DOCUMENT_TOKEN_TO_BE_REPLACED

Becoming an annual reflection I think, but what was the very best ride of 2017?

Some years, like 2016, there is a sure-fire stand-out. Fresh single-rack, the best of friends or the wildest moments? Some years maybe it’s no so clear-cut? Maybe it’s that all the rides were mediocre or the inverse, maybe every time those tyres touched dirt it was sensational wild times.

Reflection is what makes this sort of otherwise useless blog post important (to me at least)! The lens we see the past through is constructed from those very experiences we are reflecting on….but that lens , I suppose, is easily changed in tint, hue or shape by the outcomes of those very reflections!?

Curbing all that philosophical yip-yapping, 2017 had bike shredding in every month! From January to December, maybe the first time for me in years, but what it also had as mind-bending savagely good trails, people and times in each of those months. So a very “best ride of 2017” is just not possible to nail down. Via the scary power of social media though below is a collection of some of the highlight moments. From shredding with Point1 athletes on endless alpine gems or wild berms to getting barreled in the berms of Champéry’s “coupe du Monde” track. 2017 delivered. Some of the most enjoyable rides were probably the solo, 6 a.m. missions to the top of whatever hill or mountain was above the World Cup h venues, praying to find a trail that was not only good but would bring me back to the apartment in time to whip up a decent breakfast at 6:45 a.m. for FMD-Racing!

Anyways, all going to “plan” 2018 will dish up a double portion of the same……cheers bikes, you’re class.