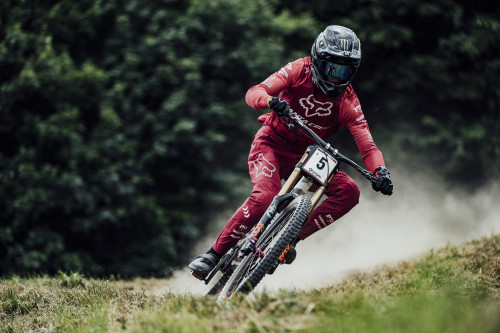 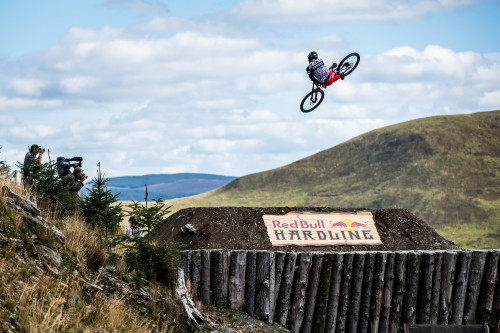 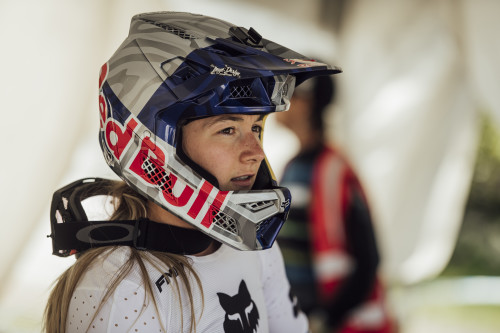 From our perspecitve a “coach” shouldn’t have the add on title of Sports, Strength, Technique or Defense…multi-discipline is the only discipline when performance come race-day cannot be broken down and is most often only ever measured once.

Here you’ll see Charlie Harrison smashing a seated box jump – often I’ll get asked for “sports specific” exercises and often I’ll reply that there is none. But in reality exercise selection in the gym should be about what the athlete needs so they can always have multiple correct solutions for a movement problem they are facing on track.

The measure of how quickly your muscles produce force is termed rate of force development, an awkward thing to measure and controversial at best due to this difficulty in measurement.

For the MTBer, unlike many other sports with clear defined demands, we have the joy of wildly various demands given the track type, soil, gradient, length and frequency of features on trail. As a result you have to be above adequate at many different ways of producing force (strength). If you are a ski jumper then you always take off the ramp from the same position, give or take a few millimeters, an MTBer however will have to “pop”, “push”, “pull” or “punch” any given place on a trail, over a time frame dictated by how fast they and bike are moving over a given trail feature…..add in the changing dynamics of suspension at different speeds and ohhh boy do we have some options.

Back to the seated box jump – what we often see with MTBers is that strategies they use on the bike to jump, pop or send it are very different to those they use with feet on terrafirma. As a result, a coaches job is figuring out ways to create transferable physical qualities in the gym. It’s not about doing an exercise with correct technique, we are not here to “workout” we are here to train and it’s all about transfer. Choosing, modifying, cueing and adapting exercises to get that transfer.

With the seated box jump the task constraints and goal are clear. You go from seated to on top of the box in front as quick as possible. Your movement strategy choices are limited. As a result it’s all about concentric force production, no room for a dip, drive or counter movement – the box for landing on is there for two reasons, none of which are to do with willy measuring contests on the internet. 1) reduce the landing forces so we can do more reps focusing on rapid concentric force development. 2) without something to jump onto or over the athlete will have to muster motivation from more abstract places in their own brain……may work for some, may work less for others.

This is one tiny piece of a large psychical performance puzzle. But at all times it’s individual specific first!

The aim of exercise selection should never be to improve a given metric just “because that’s what everyone else measures” – the exercise should be choosen to have a positive effect on the atheltes ability to perform under pressure, pressure of environment, social scence, time, duress, fatigue and their own cognition.

With the seated box jump we hope that if done well, often enough and progressed the athlete will find a new tool in their on trail tool-box of movement solutions. It’s not about some generic title like “he’s more powerful” – instead it’s “wow look how fluid Rider A looks in that section”, followed by feedback from the rider saying how they feel less fatigue and at one with the bike. If they don’t have to dip before they pop off a small natural lip it’s maybe a hundredth of a second saved, if each precious pedal stroke is more forceful over the same angular velocity, if transitioning between absorbing gravity’s influence on them in a berm to exerting their own forces onto the berm happens 1/100th faster – the coach has done a good job. Best of luck measuring that.