Varying your source of protein is a pretty good habit for sticking to a successful, tasty, performance enhancing diet! Variety, colour and texture are all pretty key parts of keeping yourself eating like a champ day in, day out!

It  seems to me that males in particular often go two ways – polarised opposites – either all out vegan or all out dead cow! Both approaches are the different sides of the same coin. Riders frequently think that depriving themselves of certain things will =equal success, like total sacrifice is needed to achieve your nutritional goals or similarly the total #NFG approach of I’ll eat what I want and just bury myself into the bars/pedals/weights twice as hard! Well neither approach is going to be optimal.

So that’s where tasty alternatives to the same old meals come in handy. Step in the Point1 Veggie Deluxe! A protein, nutrient and taste pack wee patty of awesome.

Once again, simple to make, cook and above all else performance enhancing tastiness. Each patty has decent amounts of protein, a moist but crispy texture and can form part of a variety of main meals or snacks. 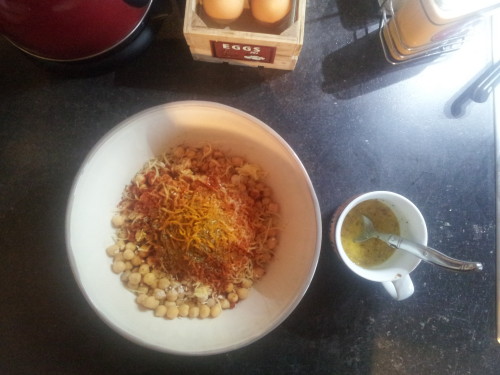 500g of canned Chickpeas – drained, washed, re-washed and then soaked in some water and apple cider vinegar for at least 4 hrs!

35g Quinoa (about a quarter cup)- Red, black or white

Sea-Salt and Fresh Ground Black Pepper – ‘cos that’s how we roll in the Point1 Kitchen! 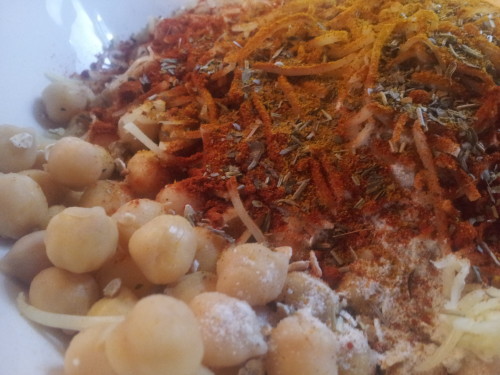 Mix Mustard and Egg together in a cup, combine all other ingredients in a large salad bowl. Mash bowl ingredients with a potato masher! Add in the Egg and Mustard mix, continue to combine/mash as you see fit until you obtain a nice mixture. If things seem a little moist then you can add in a little buckwheat flour to soak it up!

Make Patties in any thickness, shape or size you see fit. But round, plam sized ones about 2cm thick cook the best!

You can “cook” the burgers on a pan with some olive oil or walnut oil, on the BBQ or like I prefer under the grill. Cook until nice and golden on both sides, but not so long as to dry out all the ingredients!

Enjoy as you see fit, but hopefully for your health and performance you won’t be eating them in a filthy, industrial, nutritionally void white burger bun, but instead with a huge side salad, sweet potato fries and hummus!

Feel free to add in other beans/pulses instead of the 500g of chickpeas (as-long as they are well washed/soaked and prepped), I’ve used the same recipe with kidney beans, white haricots, lentils, extra cheese, no cheese, tons of Quinoa and split peas just to name a few! 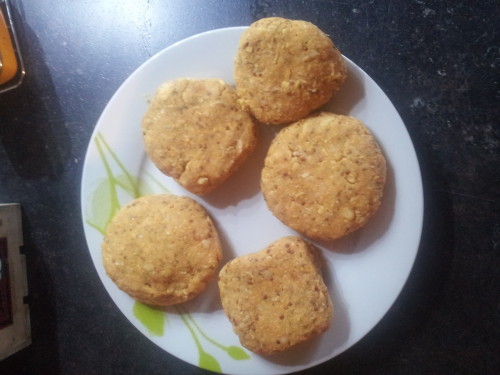 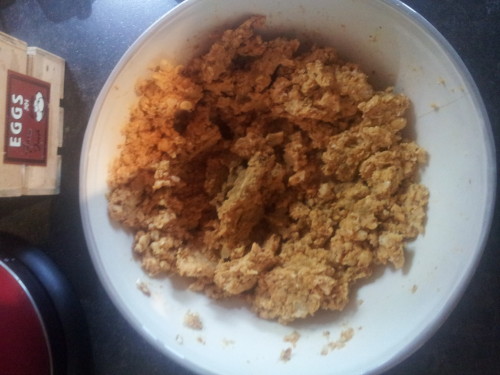 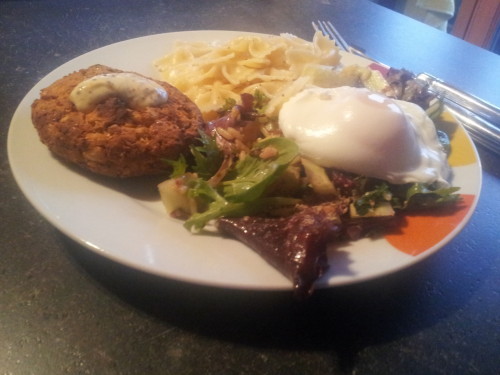